NOT ONLY CRIMINALS...TATTOOS IN THE NINETEENTH-CENTURY BRITISH ELITE 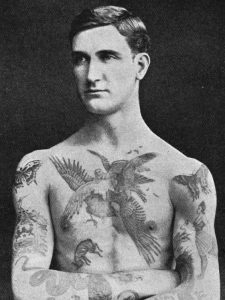 Did you know that tattoos were extremely popular in the nineteenth century in England, where interest in them flourished, like anywhere else in Europe?

On the one hand, the Victorian era was a period of taboo encompassing numerous spheres of everyday life. At this time not only sexuality and death were taboo subjects One of the phenomena pushed to the margins was also a tattoo, which was certainly related to the still flourishing colonialism. Theoretically, tattoos decorating bodies of “savages” did not stop people from the “upper classes” getting them. However, as sociologists have long ruled, the inherent effect of tabooing is always the bum, the development of the phenomenon covered by it this is about that every time when something is taboo subject it arouses the biggest interest. And just as despite the seeming prudish, the nineteenth century was a period of great bloom of pornography, so also tattoos turned out to be an extremely attractive phenomenon. The reasons for the fascination with tattoos 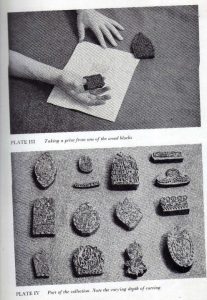 can really be seen in a few. Do you remember our previous article about the Razzouk studio in Jerusalem? His tradition dates back over 700 years and has been largely associated with the so-called “pilgrimage tattoo”. It turns out that not only we currently like to bring tattoo-souvenirs on the skin from various, unique places that we visited. For centuries, pilgrims to the Holy Land, including the British, have commemorated their journey through small tattoos – usually the Jerusalem Crosses. In the early seventeenth century, among them was also William Lithgow – a well-known, respected traveler and writer. 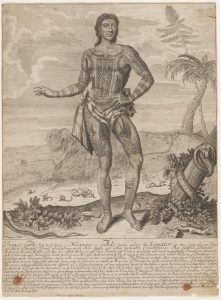 19th century societies loved “peculiarities” – people visited the so-called cabinet of curiosities, circuses, museums showing various kinds of anomalies. Otherness aroused enormous emotions and interest in crowds. Certainly also because at the end of the 17th century, William Dampier – the famous British explorer – returned from one of the expeditions, brought to England an indigenous inhabitant of New Guinea with a whole body covered in tattoos. Giolo, because that was his name, became famous as “Painted Prince” and became the cause of great sensation.

It is also claimed that tattoos among the British began to appear to a large extent with the first expedition of Captain James Cook – a sailor, discoverer, astronomer, cartographer, organizer and commander of three expeditions around the world – held in the middle of the 18th century. When he and his crew returned from Polynesia, the participants of the expedition spread the tales of the tattooed “savages”. The word “tattoos” itself came from the Tahitian “tatau” and was introduced to circulation precisely because of Cook. The sailors returning from the expeditions also often had skins adorned with exotic tattoos, characteristic of the peoples with whom they had contact. One of the tattooed persons in these circumstances was Joseph 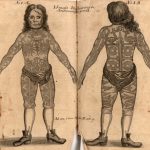 Banks – a botanist, participant in the first expedition of Cook, as well as aristocrat and president of The Royal Society (Royal Society in London). He was the first European who made reflections on the Polynesian tattoo tradition. Over time, the sailors themselves mastered the craft, and various patterns were created on skins. According to sources, from the mid-nineteenth century, at least one tattoo artist could be found in most English ports.

But someone could say: “sailors, sailors, tattoo was rather reserved for social lowlands, while in the upper realms it was still a forbidden fruit and one Banks does not change that”. However, we come to the point where it turns out that it is not necessarily true… 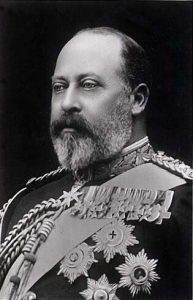 It would seem that this is no secret, but few people know that the royal family was tattooed. Returning somewhat to the topic of pilgrimage, in 1862, the Prince of Wales – son of British Queen Victoria and future King Edward VII – at the age of about 20 years, was sent by his mother to Jerusalem. In the Holy Land, the prince acquired his first tattoo on the shoulder – the Jerusalem Cross, whose author was Francois Souwan – a tattooist of pilgrims. As everyone knows, tattoos are simply addictive and this addiction has not missed even the king, who reportedly acquired many traditional tattoos in later years. 20 years later, the sons of King Edward VII – Prince Clerance and Prince of York – later George V, were also tattooed while traveling to Japan. The author of their work was the legendary Japanese tattoo artist, Hori Chiyo. On the way back to Great Britain, the dukes also visited Jerusalem, where thanks to Souwan they acquired further tattoos. Apparently, the royal sons did not stop there and their later tattoos were performed by Tom Riley, or Sutherland Macdonald. 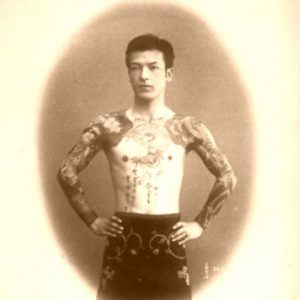 Although perhaps it was not Facebook or Instagram at the time, various kinds of fashion were spreading relatively quickly. Dukes of tattoos envied many people and officers, because of them, Japanese tattoos was very popular. Suddenly, among British soldiers, tattoos became something welcome, the army was encouraged to to own them. It was claimed that they may deepen the sense of solidarity among soldiers, as well as help in their identification in the event of death on the battlefield. It is also said that this fascination has spread to aristocratic structures, not only in Great Britain, but also in other countries.

Apparently, tattoos decorated the skin of Valdemar, the prince of Denmark, Olga, the queen of Greece, and Oskar, the king of Sweden. Certainly, many are also rumored that Jeanette “Jennie” Jerome, known as Lady Randolph Churchill, Winston Churchill’s mother had a tattoo – a snake around the wrist, which she covered with a bracelet during official parties.

The first British professional tattoo artist was named D.W. Purdy, who in 1870 founded a tattoo studio in North London. At that time, the tattoo could be read in the newspapers – in 1897 Strand magazine published an article by Gambel Bolton, which is a review of tattoos. In turn, the aforementioned Tom Riley – author of tattoos made on the sons of King Edward VII – was considered the most eminent British tattooer of the late nineteenth century. He took part in the South African war and the Sudanese campaign, and after the end of military service he became a legend of the British tattoo scene. 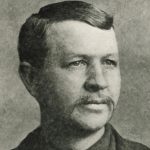 Although many people think that the modern tattoo was born in the United States, it actually spread there only at the end of the 19th century. This was largely due to Samuel O’Reilly – cousin of Tom Riley – who came to New York, and in 1891 invented and patented the first electric tattoo gun, which certainly contributed to the further, extremely dynamic development of this craft . 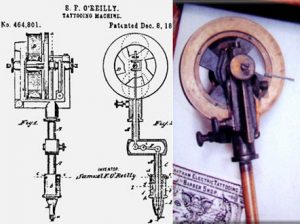 This short and probably quite intriguing story of tattoo in the nineteenth-century Great Britain, speaking not about the “social margin”, but elites, can serve you as an argument … I hope that, if you ever, during a Sunday dinner you will hear from your grandmother that tattoos are worn only by criminals, you will already know what to answer … 🙂

This article for Tattoo Fan Magazine was created by Maria Śmigiel.