There are a lot of reasons to get things tattooed on your body for…your favourite quote, portrait of a loved one, maybe it’s something in the spur of the moment and has a great story to go with it. Others just get things that they think is extremely cool!

However arguably one of the most common reasons to get a tattoo is getting your favourite television or film characters etched in permanent ink. (baring laser removal of course), Star Wars in this regard might be the most recognisable, You’d be pretty hard pressed to find a film franchise that has inspired people to profess their everlasting love for a movie or television show. The films are just classic. They introduced so many people into the sci-fi genre. Even those who aren’t die-hard geeks are fans of the films – which is a great testament as to just how great they actually are. These films are in that special category of cinema. The Godfathers, The Lord of the Rings films, The Indiana Jones’, Marvel, Harry Potter. Even if you aren’t a fan of Star Wars, you cannot deny its importance to film.

George Lucas created something special. Not only did he create one of the most successful film franchises in history, He created a universe in which we could all engross ourselves in. A universe where we would could beat the shit out of our friends and family with lightsabers in the name of the force, or whatever your allegiance may be.

Do you choose the Rebellion? The Dark Side?

With such a large galaxy, so many characters, personalities and favourites to choose from. It can be pretty daunting if you’re planning on dedicating a piece of skin to this passion. Hopefully you can find some inspiration in these tattoos if you plan on joining the club, But remember, don’t be a thief from Jakku – nobody likes those who copy completely. 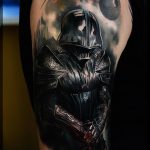 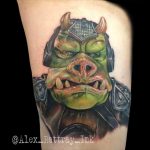 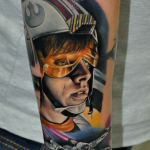 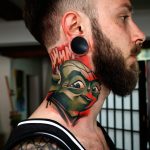 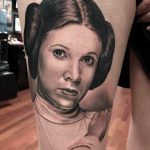 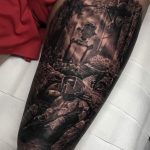 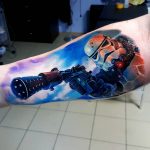 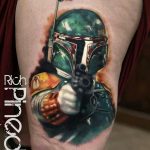 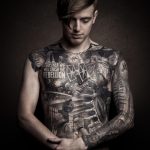 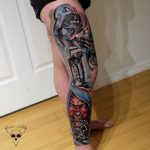 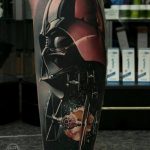 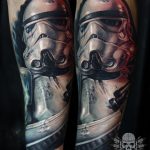 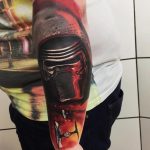 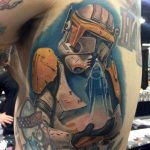 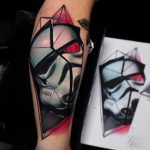 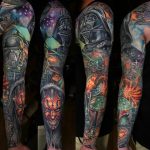 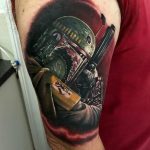 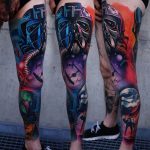 This article for Tattoo Fan Magazine was created by Tim Drummond.

The photographs used in this article come from the artists’social media websites.