Variations of the Rose

If you were asked to point out one of the most popular, universal motifs used in tattoos, it would likely be a ROSE.

Have you ever wondered why? As it is known, roses are a plant with extremely rich symbolism, and often in different cultures it can be different. Depending on the color, it was attributed differently from other passions. Shame, motherhood, vanity (red), virtue, purity (white), jealousy/ infidelity (yellow).

In ancient Egypt, the roses were consecrated to Isis, the goddess of fertility, in Greece, it was considered an attribute of Aphrodite – the deity of love. The flower was supposed to rise from the same foam as she, and also her blood. It was also tied up with the seductive song of Erato which use to seduce men, or with Dionysus – the god of fertility. In Rome, the so-called “Rosaria” – a feast in honor of the dead, during which their graves were sprinkled with roses – their reds symbolized shed blood.

In Medieval and modern culture the rose was associated with flower symbolism in a typical way with beauty, sexuality, passion, but also innocence. Christianity strongly annexed this symbol. In painting, the red rose was related to the Passion of the Lord, and white was a part of Marian iconography and meant purity and virginity “synonymous” to the white lily. The treatise on the meaning and use of the rose theme could certainly be written.

The term “war of two roses”, which is the name of a civil war in England at the end of the Middle Ages, between the Yorkians (white rose on coat) and Lancaster (red rose on coat). It is also worth knowing that the emblem of the Reformation was the so-called. “Luther’s Rose”, whose first project dates back to 1530. The white, in which it was presented, with the inscribed heart and the cross, was to be “the color of the spirits and of all the angels.” It is said that behind her beauty is also a fractal structure and certainly her attractiveness has been attracting attention for centuries and has become the cause of attributing her various meanings. Rose appeared in ritual, literature, art, decoration, heraldry, design … It’s no wonder she would also appear in the form of tattoo. The beginning of her presence in modern craft history should be sought in the so-called traditional tattoo. Already in the first half of the nineteenth century, the seafarers tattooed on their skin a motif to remind them of beloved women waiting on land. It is also said that the traditional tattoo rooted in American culture is based on four pillars: the panther symbolizing courage, the death skull, the heart of love, and the rose – the symbol of beauty. Despite the extremely interesting and complex symbolic layer, one thing is clear – it’s just a beautiful flower, a timeless, timeless motif, loved by old hand and safe for those who are just beginning to decorate their bodies. They are suitable for both women and men, and in addition they make for an ideal gap filler.

Liked by tattooists, the rose can be interpreted in any style, see for see for yourself!

Here is our selection of variations on the rose! 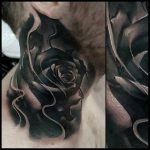 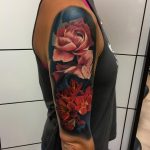 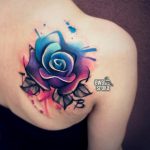 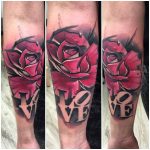 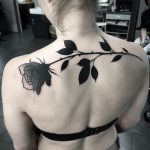 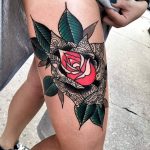 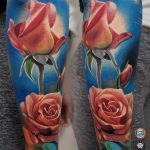 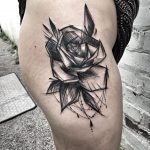 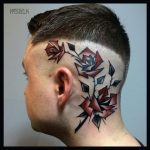 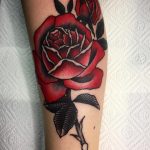 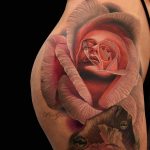 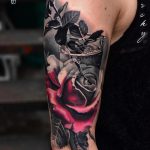 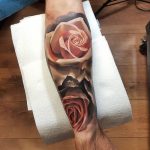 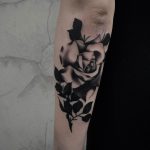